This week was a tumultuous one…probably most obviously evidenced by the fact that my reflection post is coming in a little later than usual. The week was a challenging one in many ways— we had a CSS workshop, we built our first prototype, we continued our social media posting. On all three fronts, I experienced major challenges and difficulties. However, I’m hoping that this next week will be a little better because I’ve gotten my “feet wet” with challenging concepts.

I really loved playing around with CSS animations and realizing that learning a bit of short code could enable me to have really effects on my website; however, I still struggled in doing the homework as well as the activities during the workshop. However, it strikes me that this is probably a good thing. Struggling with new concepts reminded me again of the learning curve, feelings of discomfort, and general “stuck” feeling that comes along with growing and getting better at something.

I also met with Sundi to discuss the anxiety I was facing around my social media. I’d like to dedicate the rest of my reflection post to this major challenge I’m having now. Okay, disclaimer: I haven’t been posting MWF like I planned to. The first Wednesday I simply missed because I forgot, but then after that, I just have come into a state of slight paralysis despite my helpful conversation with Sundi. In my social media (and my website), I am taking on the voice of St. Valentine to narrate the holiday legacy that has grown out of him, in his name. While this started out as a light, helpful way to narrate a historical narrative (or so I thought), I actually began to take the task of impersonating a saint very seriously. I mean it wasn’t easy for me to post when I had no idea what a saint would be saying in this day and age, and I felt utterly unqualified to say anything. I’m no saint (clearly) and I don’t even know how to sound like one. Sundi helped me come up with a great solution: Fern gets on social media also! All of these thoughts I was (and still am) having in my head, I could then bring out into my conversations between St. Valentine (on Twitter) and Fern (on Twitter). I set out with great ambition to do that and then just kept thinking about it…as in I was still feeling weird about my prototype and how to do this whole thing of narrating from the voice of Saint.

After being lost in my haunting thoughts, I had another helpful conversation with a mentor in Germany who’s really good at imagining what a person would sound like today. He gave me some pointers and helped me get a sense of how I could go about having St. Valentine narrate his own holiday— so that has brought me here. And I am now going to finally get out of my head and onto Twitter to make that account.

And hey, on the bright side of things, I guess silence for a couple days isn’t that bad on a social media account of a saint either, if it was purposeful (which it was more the result of my paralysis). I am optimistic of a good week ahead! Seeds are being planted in the garden of our digital sites now, let’s see the flowers that spring out of them.

Until Next Time (Next Week Really) Eng306, 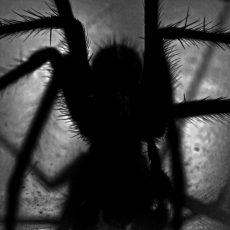 Writing for the WWW